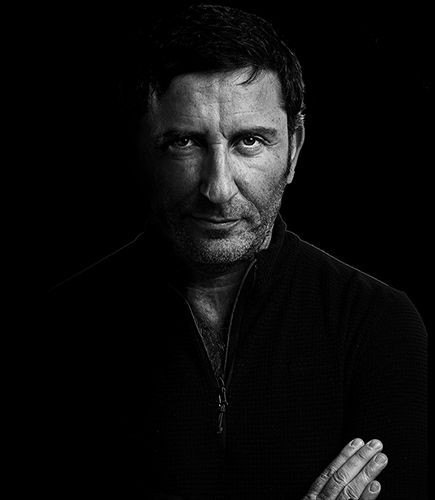 Thierry Suzan is a French journalist, photographer, writer and lecturer. After studying history and obtaining a degree in journalism, he travelled the globe for over two decades. His work has been published in numerous national and international publications including National Geographic, GEO and the New York Times. His writing and powerful images, evoking people and landscapes from around the world, combine the beauty of the planet with the intelligence of discovery.

Thierry has written several books, including Vertige Polaire, Beauty will Save the World, and his newest monograph, Peninsula, which is published by National Geographic. The prestigious American institution has thus included him in the small circle of photographers whose work is showcased in a separate publication.

In seeking to seize the “perfect moment” on film, Thierry Suzan avoids the use of staging, props or predetermined scenarios, and instead strives to capture life’s spontaneity and ephemeral beauty. In his view, the purity of the moment must never be altered by artificial, technical needs. Guided by an innovative vision, a love of nature and an uncompromising approach, Thierry is convinced that poetry is the essence of photography.

During the International Conference on Climate (COP21) in 2015, he was invited to exhibit the world’s largest photograph (1,200 m2 in surface area), which was taken in Antarctica and covered the arched glass roof of the Strasbourg train station.

The author, aware of the environmental issues and existential challenges facing a wounded planet, counters the pessimists with a stubborn and enlightened refusal of despair. He sincerely believes in the power of the imagination to nourish the seeds of each individual’s ecological conscience. Distancing himself from the conformism of an illusory artistic life and its backdrop of apocalyptic prophecies, Thierry Suzan, a relentless dreamer in an ever-changing world, displays unfailing optimism and still believes in a luminous future for humanity.